You are here: Home / Movies and Music / Pre-Order the Twilight Soundtrack 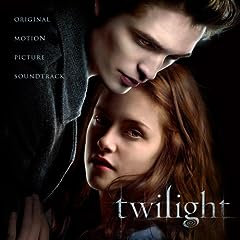 However, if you want to be among the first to get a copy, you can pre-order the Twilight Soundtrack at Amazon right now. The CD will be released on November 4.

If you are curious as to what Stephenie Meyer considers to be the “soundtrack” to the movie (what she was hearing as she wrote the books), here is the list from her website:

If you are interested in any of these, check out iTunes.