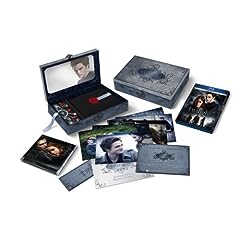 What’s in this set?

The Blu-ray disc itself has such features as:

I have so say that I think it is expensive and a bit crazy that you cannot get it until May 5. But if you are a true Twilight fan and want the Blu-Ray, it’s a pretty awesome set. You can pre-order it at Amazon now for $79.99 plus free shipping.