You are here: Home / Archives for Tricia 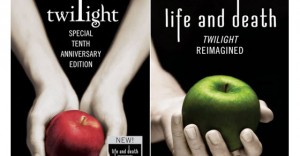 Twilight Fans! Find the best Twilight merchandise, collectibles, clothes, jewelry, and more. Disclosure: We make a commission off of some of the links. Big news this morning from Stephenie Meyer on the Today Show. We found out that included in the 400 page bonus content in the Twilight Special Tenth Anniversary Edition is a new […]

It’s hard to believe that Twilight is approaching its 10th anniversary. The 4-book series has spawned a novella, 5 movies, graphic novels, online movies, and more. The books themselves have sold over 100 million copies worldwide. Now in celebration of those 10 years, Twilight is being re-released on October 6 and will include exclusive bonus […] 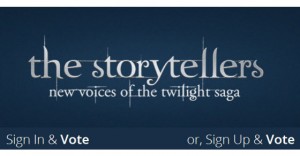 The new Twilight movies have been officially released and we can’t wait to see what you think of them! Chosen from 1300 scripts, it has now been narrowed down to 7 films. Each filmmaker was given $50,000 to produce their short film. The public can now vote on the 7 films and the winner will be […] 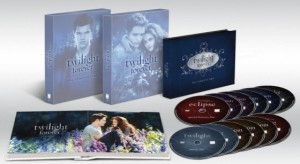